A total of 91% of young adults in the UK are connected to social networking sites.

According to new research from the Office of National Statistics (ONS), half of all web users are also accessing the internet via their mobile phone.

The ONS opinions survey also reveals that 45% of internet users have accessed the internet via a mobile phone at some point this year.

The survey also shows that surfing on the move is a growing trend.

In total, 4.9 million people connected to the internet via wireless hotspots in 2011 – double the numbers from last year.

The ONE research also shows that social networking is becoming more and more popular.

A total of 57% of adult internet users have used online social networks this year – a figure up from 43% last year.

Younger surfers make up the bulk of people using their phones to connect to the internet. Just over 70% of 16-24 year olds use their phone to access the internet, whilst a massive 91% use social networking sites such as Facebook and Twitter.

The smartphone boom is largely responsible for the huge growth of social networking sites. Facebook and Twitter are now better optimised for mobile use than ever, whilst even LinkedIn, the business networking site, has just launched its very well received smartphone app.

The impact of user-generated content on medical and healthcare marketing 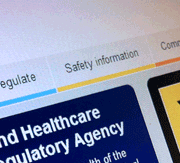 When is an app classed as a medical device?

Want to join the discussion?
Feel free to contribute!