Two weeks ago Google changed the nature of search with its Search Plus Your World update which adds social media results to its search returns.

This evolution in the way search engines work is an acknowledgement of the fact that consumers continue to move their internet activity onto social media networks.  While the update was highly controversial in the tech world it is becoming increasingly clear that the modification could have major implications for pharma companies that have embraced Google’s own social network, Google Plus as a way to interact with the public.

On the positive side, early pharma adopters of Google Plus business pages will benefit from their content on the network gaining more traction in search returns which should drive more traffic to their online portals. However the update has also raised privacy concerns which could derail some companies carefully conceived Google Plus marketing strategies.

The big appeal for pharma marketing of Google Plus was the networks’ functionality allowing the allocation of an individual communication network to specific groups, the Circles feature. This allowed the companies to set up separate networks for each of their target markets, for example one for cancer another for circulation and so on.

Members of the public who joined the individual Circles were able to share experiences with others that were dealing with similar issues within a limited and empathetic environment. The problem with the Search Plus Your World update is that snippets of those conversations could now subject to a much wide distribution by appearing in search returns.

Pharma companies on Google Plus should be aware of the privacy issue and the effect of the new update. 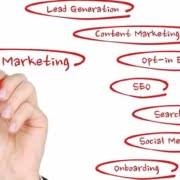 The impact of user-generated content on medical and healthcare marketing

Want to join the discussion?
Feel free to contribute!

Lloydspharmacy to offer digital drug-taking pack What impact will Apple’s Siri have on SEO?
Scroll to top